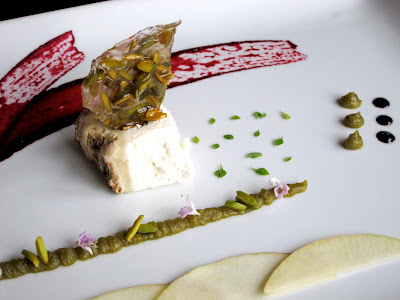 No, not me, I wish! This week, Thomas Keller joined Julia Child and Alice Waters as one of the only Americans in the food field to be inducted into the French Legion of Honor - and I couldn't think of a better chef more deserving.  We know the French - you have to be a PRETTY big deal for them to name you an honorary Frenchman, to say the least.  Thomas has gone through many trials and tribulations, rising through the ranks, and working in some of the best kitchens in the world - to ultimately BE one of the best chefs in the world, running the best kitchens in the world.  He is also the only American to be simultaneously running two three Michelin starred restaurants - not an easy feat to say the least..especially when they are on opposite coasts of the country!  Congratulations Thomas! 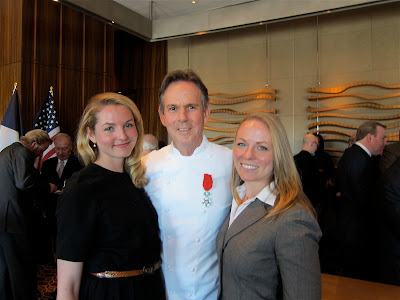 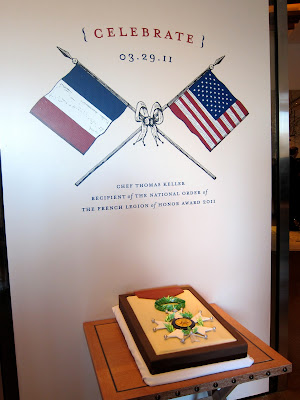 I have to say, he has always been an inspiration to me - his cooking, while tedious and involved, is for the most part accessible - if you have the time. It doesn't involve any gadgets or "electronic dooky" (shout out!) - unless you're going through his book Under Pressure.  He uses seasonal ingredients, sourcing only from the best.  When I was 14, The French Laundry Cookbook came out.  It was the first cookbook to reach "coffee table book" level just by the sheer size and weight - but really is a gem in itself.  The photography, the stories, and the recipes, all weave together Keller's ideals, as well as kitchen morals.  It told the back story of the French Laundry, and gave mini biographies of various farmer's, making the process of cooking and the idea of ingredients a little more intimate.
I remember when my mom got the book - whether she bought it, or it was a present I'm not particularly sure, but I was enthralled to say the least!  There were so many recipes I wanted to try - and of course I wanted to make my way out to Yountville...and still do! I gave my mom a surprise birthday party later that year, and cooked his Double Rib Lamb Chop with Cassoulet of Summer Beans - and boy was that delicious! It was one of the first involved, serious recipes I had ever cooked - and the rest is history.  So, I must give a hand to Thomas for being such an inspiration to me, and for getting this award!
In his honor, I threw together a quick little cheese plate - my take on one of his courses from Per Se in April of last year - "Catskill - Toasted Sicilian Pistachios and Honey Crisp Apple Marmalade with Red Beet Essence".  Have I had this? No. Did I go ahead and try to make something similar? YES! Why not?!
So, Catskill is actually a goat's milk cheese from Upstate NY.  My trusty cheesemongers did not in fact HAVE Catskill, so I went with the next best thing - Leonora, from Leon, Spain.  An earthy, creamy yet cakey, absolutely delicious goat's milk cheese! 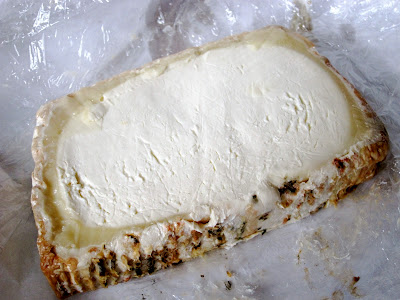 
In a heavy-bottomed saucepan, combine all the ingredients and bring to a boil.  Turn the heat down and allow to simmer for one hour.  After an hour, transfer to a blender and puree until smooth.  Pass this through a sieve to get a much finer puree.  Note! So, I do not have a tamis - the only contraption that can really get you that smooth, ridiculously velvety texture.  A sieve is fine, but it still comes out not AS fine.  SO, being the resourceful person that I am, I realized - SPLATTERGUARD! Hello!? This is uber-fine mesh. And it worked perfectly.  I passed it through the splatterguard and it came out smooth as silk! Set aside for later. 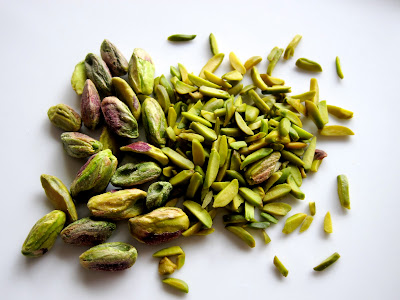 
I know, using parts is annoying, but it works best in this part, so you can make as much or as little as you want!  First, toast the pistachios in a 350 degree oven for about ten minutes.  While they are toasting, combine the water and the sugar, and heat until it reached 240 degrees.  Stir in the pistachios and the baking soda, and pour out onto a silicone lines baking sheet - or aluminum foil!  Allow this to cool to room temperature until hard....and brittle.


Can you tell I love using my juicer? By the way - I was on a juicing kick a few months ago and purchased a Breville juicer. It is amazing. Easy to clean, and fun to use...if you're entertained by juicing...like me. Moving on! Over medium-low heat, combine all ingredients and simmer until it is a thick syrupy consistency.  Transfer to a small bowl for plating. 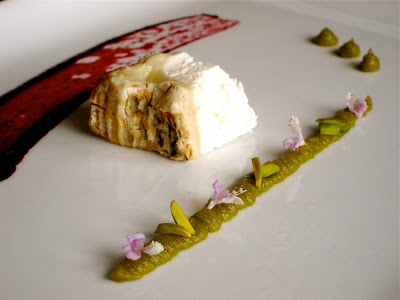 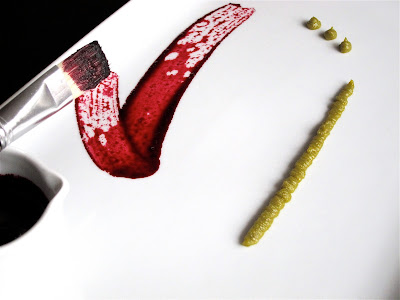 Honestly, you could put all of the components in little bowls and allow yourself/guests to assemble as they please, but clearly I enjoy getting crafty! If you do too, place a piece of the cheese in the middle of the plate, or wherever, and get creative.  A nice lined row of thinly sliced apples was made on the bottom, then I made a nice swoosh on the plate with a paint brush...yes, a literal paint brush - that has NOT been used for anything else! To pipe the pistachio puree, either use a pastry bag, or take a regular plastic bag and cut a small bit of the corner off and pipe away.  The piping was dotted with Thai basil flowers and some sliced pistachios.  I also got to utilize my miniature eye dropper for some more beet reduction! Oh, how I love toys.  Sprinkle a few small basil leaves around, sprinkle with a bit of Maldon and VOILA! Beautiful and delicious! Enjoy, but don't devour it too quickly.  Oh, on a side note, like with any cheese, make sure it is room temperature and hasn't been sitting in the fridge - cold cheese holds in all of it's delicious flavors and aromas.  You can eat this without any crackers, but I tried it with some rosemary crackers, and it was stunning.  All of the flavors come together beautifully and the basil really kicks it up. 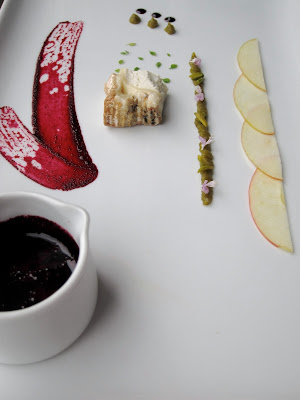